Brain Training and why you need it as much as fitness for your body.

Don’t underestimate the power of a healthy brain 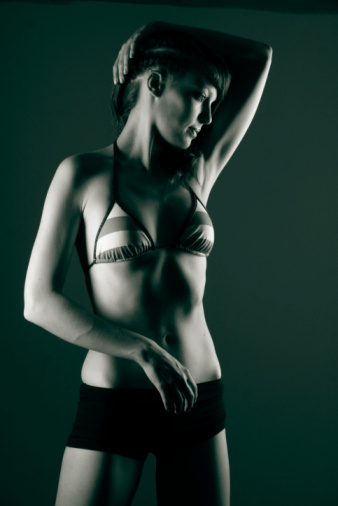 A recent study by Lisa Miller from Columbia University (2013) suggested that spirituality or religion may protect against major depression due to the thickening of the brain cortex and counteracting the cortical thinning that would normally occur with depression.

We know it’s important to exercise our bodies but the importance of having a healthy and active brain is often underestimated.

Research has shown having a healthy and well-functioning brain will improve clinical conditions such as depression. It can also improve sleep, exercise, motivation, memory, co-ordination, concentration, ability to multitask, decrease stress levels and improve the ageing process. There are a number of recipes, exercises and brain training games we can do in order to increase brain health and function; here are our tips:

Keeping your brain active means challenging yourself in order for your brain to be used to its full potential. This can be done by playing puzzles like Sudoku, Luminosity, jigsaws or crosswords. These types of activities are great for improving focus and concentration, bu putting your mind in the zone quickly and effectively. Research has shown that people who play games such as these have brains which function like someone 10 years younger.

Socalising is also a great form of mental stimulation. A recent study (2014) by Oscar Ybarra from the Institute for Social Research found that social interaction provides a short-term boost to executive functions. This is due to the ability to read people and take on different perspective when interacting with various personalities.

Eating a good brainy meal is one of the easiest ways to increase brain function. Antioxidants and omega 3 are two things you should focus on when preparing meals. Foods such as broccoli, carrots, garlic, spinach, tomatoes, berries, red grape and green tea are all high in natural antioxidants which keep the brain functioning at its peak.

Omega 3 can be found in foods such as fish, walnuts, seeds, natural oils and eggs. Our brains are actually made up of 60% and don’t natural produce omega 3 so it is essential that we include them in our diets.

Often when we think of training a part of our body we think physically, getting the blood pumping through hard work. It’s also  important to learn to rest and rejuvenate when you need to.

A recent study by Lisa Miller from Columbia University (2013) suggested that spirituality or religion may protect against major depression due to the thickening of the brain cortex and counteracting the cortical thinning that would normally occur with depression.

Try going to bed half an hour earlier, taking a walk through nature, swimming in the ocean or allowing yourself time to sit down with a cup of tea and your favourite magazine.

How do you train your brain?

So You Want To Write a Book?

5 Ways to Control Your Appetite